The fillet tool creates a rounding between the selected lines, with the radius chosen by the user. 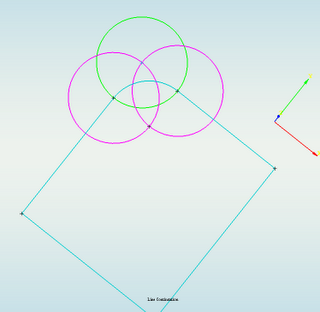 It’s possible to add a fillet between lines that form a right angle:

ar any other angle: